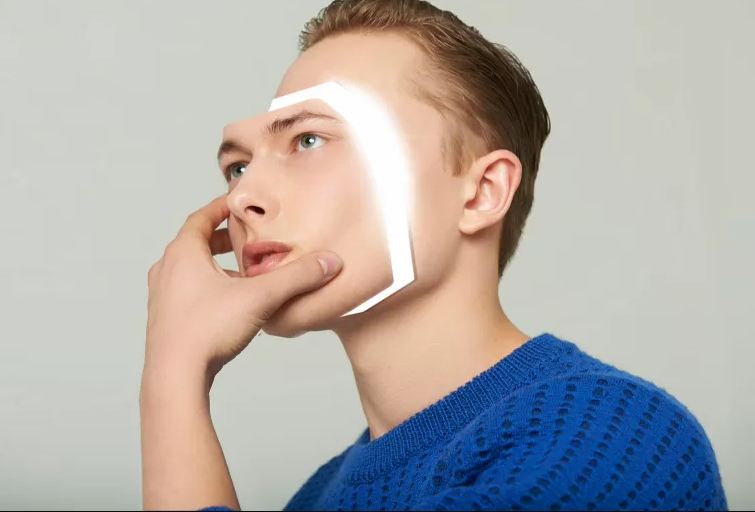 There are a few things to keep in mind when it comes to the Dark Side of the Aquarius sign. Firstly, this is a highly creative sign, and as such, they can be quite rebellious and difficult to manage. They’re also known for being very independent and self-reliant, making them less likely to conform to traditional authority figures or situations. As a result, they can be difficult to deal with from time to time – especially if their Rebellious side gets the better of them.

Additionally, people born under the Aquarius sign are often quick thinkers and have plenty of ideas – including those that may be dangerous or destructive. Because of this, it’s important that they stay focused on what’s truly important in life and not get bogged down by things that don’t matter. Finally, due to their strong intuition and sensitivity, they’re susceptible to mood swings and sudden changes in emotions. This can make it challenging for them to control their reactions or stay calm under pressure.

Nonetheless, despite these challenges, Aquarius’ natural capacities for creativity and independence often result in some of the most innovative and visionary minds in the world. So while it may take a bit more effort on their part to get along with others, overall they’re well worth it – especially given all they bring to the table. If you’re an Aquarius and struggle with your ‘Dark Side,’ don’t hesitate to reach out for help. There are a variety of resources available to help you manage these urges and tendencies, both online and in person. And most importantly, remember that there is always more than one way to look at things – so even if things seem tough right now, don’t let yourself get too discouraged. With effort and patience, anything is possible.

Aquarius Can Be Detached

People born under the Aquarius sign often have a very detached perspective on life. As a result, they may not be as emotionally invested in relationships as some other signs. Because of this, it can take some time for them to feel comfortable enough around others to open up and share their feelings. Additionally, because they’re so independent-minded, Aquarians are typically less likely to rely on others for support or approval – which can make dealing with conflicts difficult.

Nonetheless, if you find yourself attracted to someone born under the sign of Aquarius – and you’re willing to work hard at developing a relationship – the sky is the limit. In fact, Aquarius often has some of the most innovative and groundbreaking ideas in any field. So don’t be surprised if your partner turns out to be one of the most influential people you know.

The Water Bearer Is Ruled by Uranus

As the ruler of the sign of Aquarius, Uranus is known for its unpredictable nature. In addition to this, Uranus is also associated with creativity and innovation – qualities that will be particularly relevant to someone born under the sign of Aquarius. Because they’re constantly exploring new ideas and concepts, people born under this sign are often very open-minded. This makes them excellent problem solvers – whether in their personal lives or in terms of their professional career prospects.

However, because they’re so independent-minded, it can be difficult for Aquarians to stick with one idea or idea system for too long. As a result, they often have to keep moving and learning in order to remain current – which can make it difficult to find stability or security in any given situation.

Nevertheless, if you’re interested in dating someone who is both intelligent and open-minded – as well as highly creative – then Aquarius is the sign for you!

Aquarius Can Be Cold and Rigid

While people born under the sign of Aquarius often have a lot of energy and enthusiasm, they can also be somewhat inflexible. This is particularly true when it comes to their ideas and beliefs – which may not change even if there’s evidence that contradicts them. In addition, because Aquarians are so independent-minded, they can sometimes be difficult to deal with. If you’re expecting your partner to always agree with you or conform to your expectations, then you might be in for disappointment.

Nevertheless, despite these initial challenges – or perhaps because of them – Aquarius is one of the most compatible signs in the zodiac. If you’re looking for someone who is intelligent, open-minded, and creative – as well as independent-minded and flexible, then this is definitely your sign!

While Aquarians may have an independent streak, they also believe in doing what’s right. This can make them difficult to deal with – particularly if you don’t agree with their ideas or plans. However, because Aquarians are so principled, it’s often hard for them to compromise on anything that they believe is important.

As a result, while Aquarius individuals can be frustrating at times – especially when they’re entrenched in their beliefs – they ultimately remain loyal and committed friends and partners.

This is another downside to the Aquarius personality. People born under this sign can be very analytical and rational, which can make it difficult for them to understand other people’s emotions. In fact, they may even find it hard to relate to other people at all – which can lead to a lack of empathy when it comes to their interactions with others.

This isn’t always bad though – in fact, Aquarians are often excellent problem solvers. If you’re looking for someone who is able to adapt quickly and come up with creative solutions – rather than someone who feels overwhelmed by challenges or struggles – then the Aquarius personality is definitely for you!

One of the key attractions for Aquarius men in love is their ability to be independent and expressive. However, this can also lead to difficulties when it comes to communicating feelings and establishing a relationship – as Aquarians are often very direct with what they want.

As a result, Aquarius men may find it difficult to open up about their true emotions – which can cause problems when trying to build a strong bond with someone they’re interested in. Additionally, due to the independence streak mentioned earlier, some Aquarius men may neglect or dismiss the needs of their partner.

Fortunately, Aquarius men can be very understanding and forgiving – provided they’re given enough time to get to know their partner. In the meantime, it’s important for both partners to be understanding and communicative when things aren’t going as smoothly as they’d like them to.

There aren’t too many negative traits associated with Aquarius women in love. However, one thing to note is that they can be quite independent – meaning that they may not always need a man to provide them with emotional support.

Additionally, as independence is key for Aquarius women, it’s possible that some relationships don’t last long due to the fact that neither party feels entirely comfortable relying on the other. Finally, as mentioned earlier, communication can sometimes be an issue for Aquarian ladies – which can lead to misunderstandings and conflict down the line.

Aquarius Can Be Unpredictable

One thing to note about Aquarius men in love is that they can be quite unpredictable. This may not always be a bad thing – as it can lead to excitement and intrigue – but it can also lead to problems if this unpredictability isn’t managed well.

For example, if an Aquarius man doesn’t communicate his feelings or intentions very clearly, she may get confused or frustrated. In the worst-case scenario, this could cause the couple to break up – unless both parties are willing and able to work through any misunderstandings.

Another downside of being an Aquarius woman in love is that they can sometimes inherit the power of anger. This means that when things get tough, Aquarius women tend to lash out in a way that isn’t always constructive or rational.

For example, they may become angry and defensive – which can lead to arguments and even violence. However, with enough understanding and communication on both sides, this Anger trait should be manageable.

Some Are Darker Than Others

As with all signs, there are Aquarius women who are lighter and more optimistic than others. But regardless of the individual’s disposition, it’s always important to be mindful of how your actions will affect your partner – both emotionally and behaviorally.

The Bright Side of Aquarius

Despite these potential pitfalls, Aquarius women in love have a lot to offer. They are often optimistic and excited about the future, which can lead to contagious enthusiasm in both partners. Additionally, they are usually very communicative – which can make resolving any conflicts or misunderstandings much easier.

Dark Side of the Bright Side

Just as importantly, Aquarius women in love need to be aware of their own anger – and how it could potentially affect their relationship. Anger can manifest itself in a number of different ways, which means that both partners need to be on the lookout for potential problems. If they are able to manage these darker aspects of their personality, Aquarius women in love can have a very fulfilling romantic life.

Just because an Aquarius woman is in a loving relationship doesn’t mean that she will automatically be happy. In fact, many Aquarians struggle with feeling content and complete within themselves. As such, they may constantly seek validation and approval from their partner – whether it’s through verbal praise or physical affection.

If this pattern sounds unhealthy to you, then it might be best to distance yourself from the Aquarius woman in your life. While she is most likely sincere and loving when she’s connected to you emotionally, staying close could ultimately do more harm than good for both of you.

ALSO READ: What Happens When You Betray A Capricorn Woman?